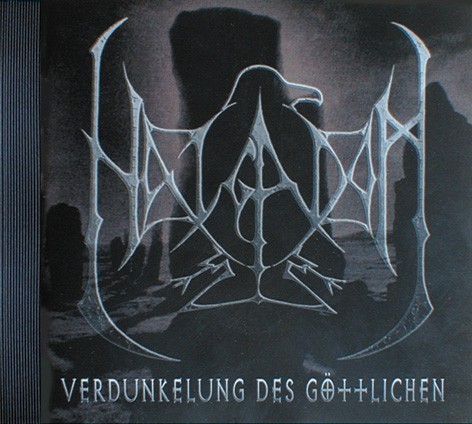 Hagaldom Inspired by the divine and the beauty of nature, Halgadom released a beautiful Neo-Folk lens as a second work. A huge stem break has occurred. Away from the brutal black metal music towards calm, level-headed and partly dark music, which can best be described as folk or neo-folk or maybe bard music.

The texts are performed entirely in German, the head of the group attaches great importance to this. The change is probably due to the fact that the Halgadom guitarist and lyricist sang and recorded the recordings alone with two guest musicians. His singing and that of the two women sounds really pleasant and not skewed or distorted, all respect! It is not so easy to compare this music with another group because Halgadom has found his very own positive way. The text is about the story of Edda, battles from "Lord of the Rings" are described and the church is sung in a cynical way. The female vocals are pleasant and somehow really good. The guitar solos are very finely worked out, the melodies are also easy to remember. 10 tracks with Germanic-mystical content are offered on the sound carrier. The design of the second Halgadom work has become very good and was designed by the Halgadom head himself, it is very dark and mystical and also very aesthetic. You can buy the CD quietly, it stands out as an independent work from the mass of average music.