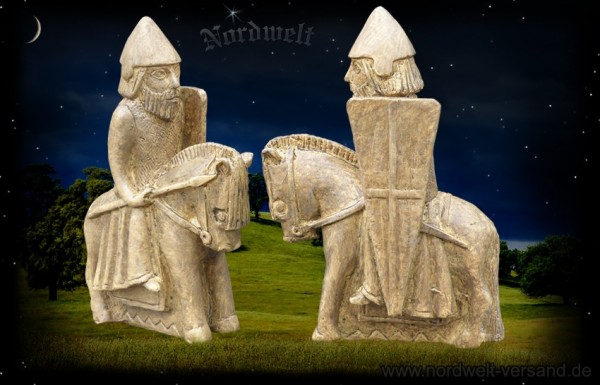 Vikings / Warriors of Lewis
In 1831, one found on the shores of the Scottish island Lewis u.a.78 chess pieces.
The originals are mostly carved from walrus ivory and probably come from Trondheim (Norway), dated 1150-1200 ndZw.
Most of the figures can be admired today in the British Museum in London, the others are in the National Museum of Scotland in Edinburgh.
A warrior sits on a small horse (presumably a Viking or Icelandic pony) on his right side he carries a spear and on the left a shield.
The figure is a replica that was modeled after the original.
Made of artificial stone (polyresin).