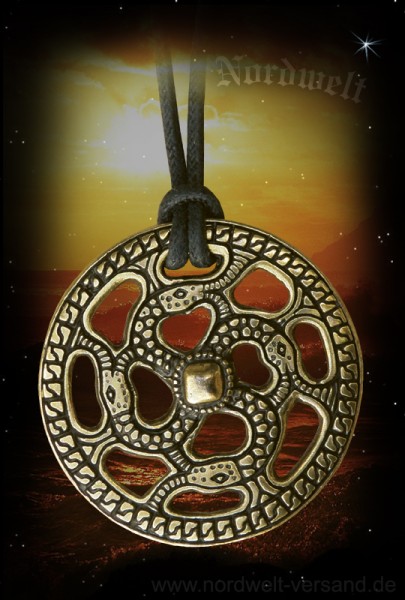 Germanic-Alemannic jewelry pendant with a snake depiction in the form of an implied swastika.
Such jewelry was common during the early Middle Ages from 500 to 700 AD. Between widespread and was, among other things, an integral part of the Alemannic women's costume.
It is a rotating cross that stands for the four directions of the wind, for the four elements, the four seasons.

Such motifs with animal ornaments were later also found in the Borre style.
The Borrestil is dated to the 9th to 10th century and was named after the grave find of Borre in Vestfold / Norway.
Animal ornaments, animal heads and knot ornaments are typical of the style. The Borre style is also known as the prey animal style. It was particularly widespread in eastern Scandinavia.

The snake has played an important role in mythology and the performing arts in the Germanic world since the Bronze Age and was close to ancient fertility rites, which represented the return of life in spring and its death in winter. Possibly the snake also had a special place in the cult of the dead, as indicated by the Germanic snake Nidhöggr on the world tree and the world-spanning Midgard snake. The snake belongs to the mythological canon of many peoples. It appeared not only in Germanic mythology, but also in Siberian shamanism and the beliefs of the Indo-European peoples.

Swan cross pendant made from silver plated bronze
Made on the model of an Alemannic decorative disk from the Merovingian era.

The back of the trailer is smooth and without a motif.
Price per piece. 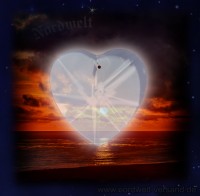 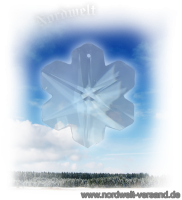 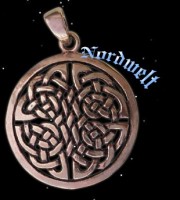 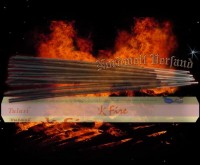 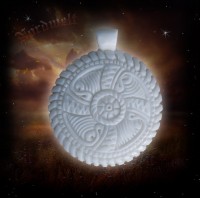 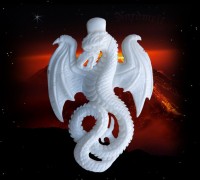 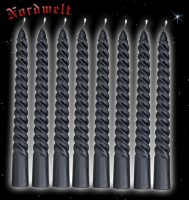 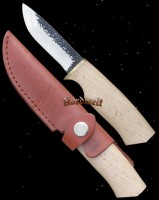