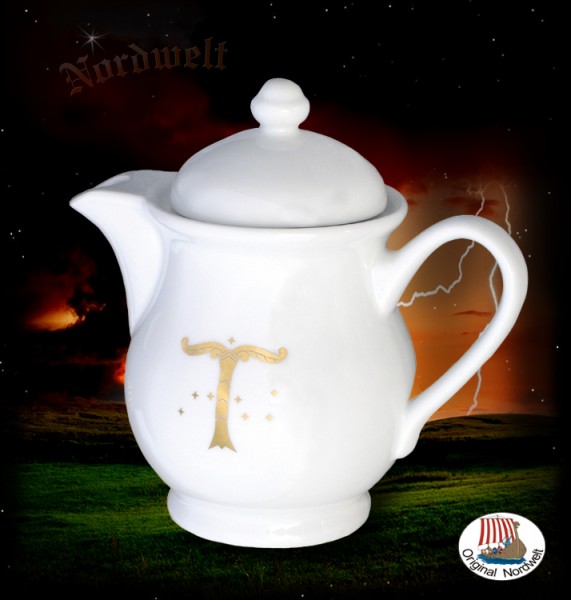 Small coffee pot made of white quality porcelain - with a golden Irminsul print.

Dimensions of the coffee pot:

With "Original Nordwelt" - print under the coffee pot!