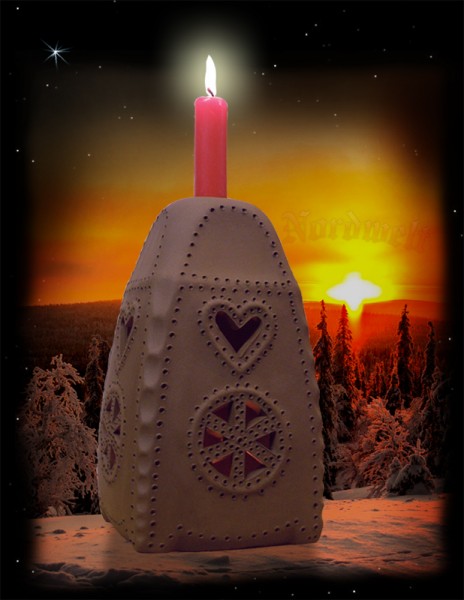 The Yul candle holders (Julleuchter) is new and was made from natural- dark brown clay according to original models.