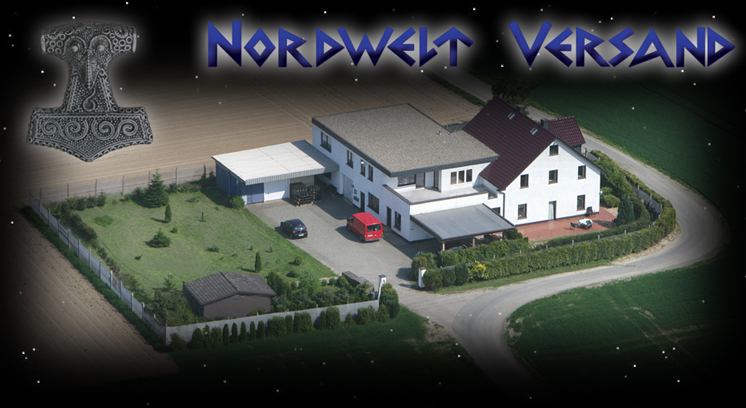 Nordwelt-Versand GmbH was founded on 19 September 1999.
The sole managing director and shareholder to this day is the company founder Oliver Bode.
We have remained true to the basic orientation of our company for more than 20 years.

We would like to thank our customers, who not only order from us but also accompany us and help us to realise new projects, for their loyalty over many years and decades.

Runes from precious and semi-precious stones. Saami bracelets. Torques and brooches in iron or damascus steel.

Figures of gods and statues
Asen and Wanen made of artificial stone (polyresin). Depictions of gods such as the father of the gods Odin (Wotan on Sleipnir), Wodan's warriors, the Berserkers, Freya, Baldur, the ravens Hugin and Munin, Frigga, Loki with Fenris wolf, Skadi Valkyries, Thor, the god of thunder, Morrigan, Siegfried the dragon slayer, idgardschlange, Hel, the three Norns, Urd, Verdandi and Skuld. Thor's hammer "Mjolnir".


The world of myths and legends
Elves, mythical creatures and fairies. Dragons, not only for the gothic scene. Grim Reaper - friend Hein, skull.


Wood and horn goods
Carvings with Thorhammer, Irminsul and pentagrams, not only for the modern witch.
Cups, jugs and bowls, wooden chests and boxes made of tree trunks, tealights made of teak or tree roots.