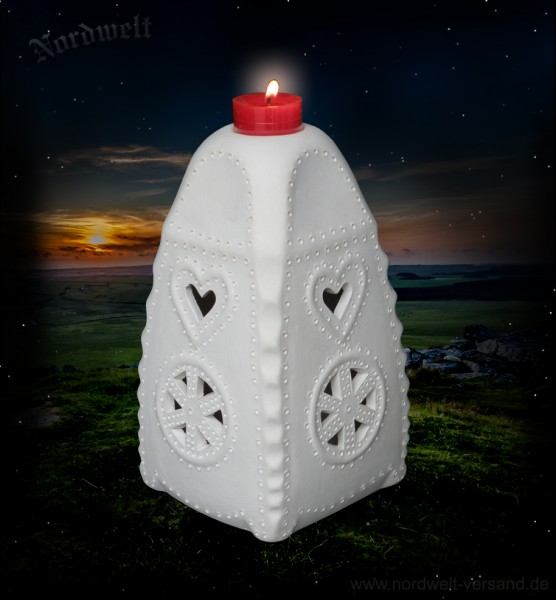 Untreated white natural clay. The Yul candle-holder (Julleuchter) / tower lantern was newly produced from ceramics according to the original.