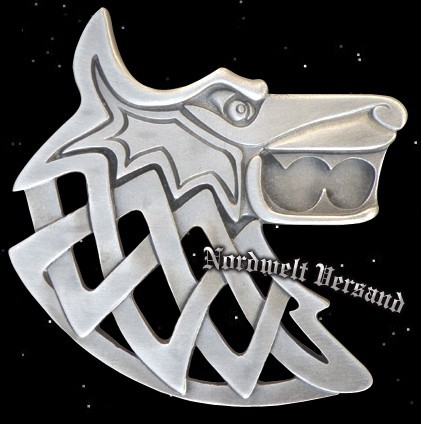 The Fenris wolf (Fenrir, Fenris, Fenrisúlfr) is the first child of the god Loki in Nordic mythology.

The wolf in mythology
The pack animal and symbol animal of struggle, of strength, stands for family sense and community.
In the world of the Celts, the wolf was revered for its strong sense of family, just as a symbol for community and togetherness.
In the world of northern mythology, the wolves Geri and Freki are loyal to the god Wotan.
Belt buckle made of pewter - suitable for belts with a width of up to 1,77 inch (4.5 cm).