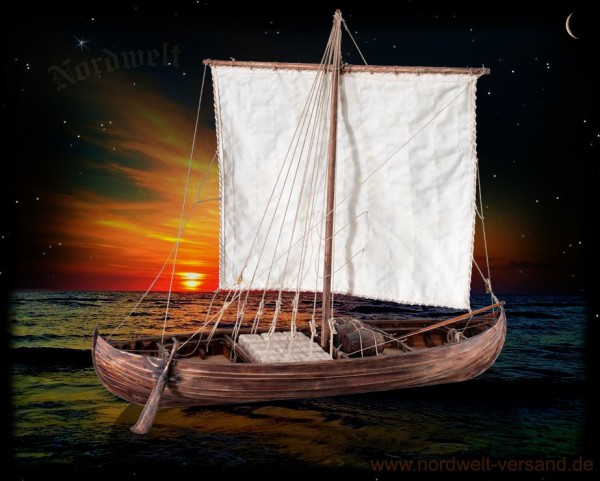 The Knarr is a type of Viking ship which serves for long trade naval business. The Knarrs were very robust and very well resist against unfavorable conditions in open sea. This model represents the similar Knarr which was found near the village of Skuldelev at Denmark and which is known as Skuldelev 1. The original was built in Norway between years 1030 and 1050 mainly from oak and pine. Length of the ship was about 17,83 yards (16.3 m) and displacement about 52.910 lbs (24 tones). Dusek Ship Kits