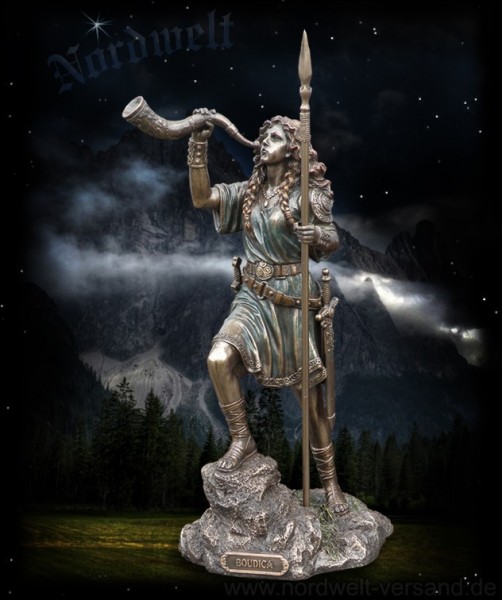 "Boudicca - the Celtic queen and her leader
Also known as: Boudicca Boudica, Baudicea, Boadicea, Bodvica, Bonduca
Queen and leader, who led the Boudicca insurrection (60/61 AD), which was ultimately unsuccessful in the early years of the Roman occupation of Britain.
The bad treatment of the Celtic tribes by the Romans triggered the insurrection, and she entered the story as the army leader.
With extreme brutality, they burned cities down to the foundation walls, killing all inhabitants.
Manufactured and cast from polyresin (artificial stone). The figure is fully poured, not hollow and covered with real bronze.