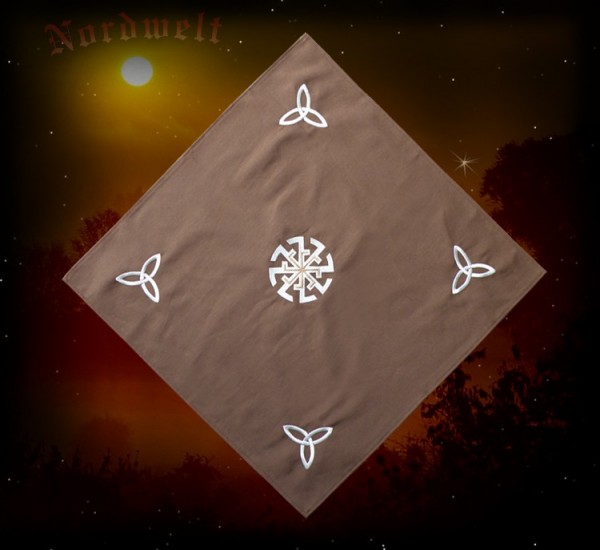 The Kolovrat is the sun symbol of Svarog - a sun wheel, probably the best-known most powerful protective symbol in East German mythology.
In the East German (so-called slaves) "Svarog" (in our North German "Wotan") is the godfather / creator of earth, sun and fire. Svarog is also the god of sun and fertility and his name can be found in our Indo-European roots.

Triqueta, Triquetta or Triquetra from the Celtic and Germanic culture - similar to the Triskele!

The THREE "levels" related to the eternal cycle of life:

To be understood even more clearly in an original visual language!
The triquetra consists of three connected arcs, it is a symbol that is several thousand years old. It symbolizes life, death and rebirth or the three powers of nature: earth, air and water.
Similar to the triskele, the triquetra thus symbolizes "becoming, being and passing away". In the world of the Celts, this symbol of triadness was used in various modifications.