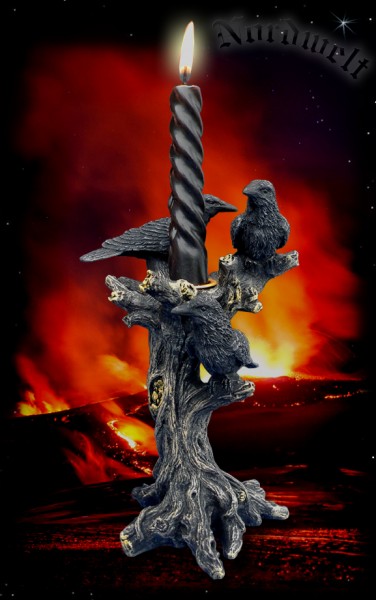 "Odin's Raven" candlestick on a dead tree - made of polyresin (artificial stone), painted.

Suitable for narrow wick candles up to 20 mm in diameter.

Together you fly through the worlds. In the evening they return to Odin and tell him what they saw and heard.
In Nordic mythology, mystical and magical beings are considered who, among other things, can distinguish between lie and truth.
This beautiful candle holder / raven chandelier is supposed to stimulate thought, reminiscent of Odin's ravens Hugin (the thought) and Munin (the memory)!

The black turned candle shown is not included in the scope of delivery, but can be ordered separately!