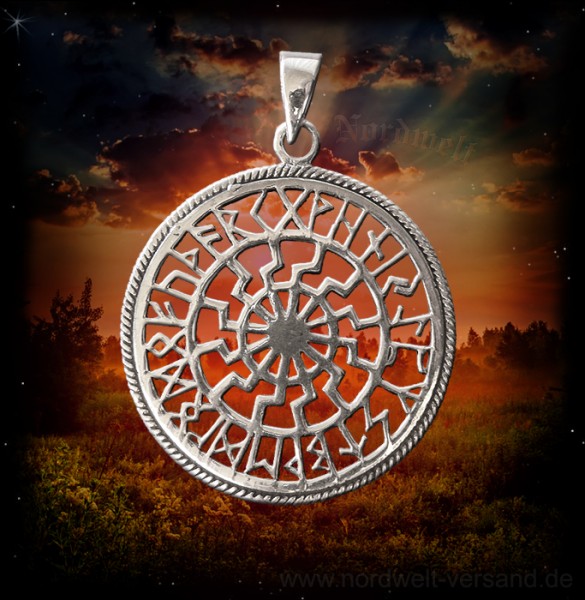 The "magic" (black) sun is attested for the first time in the Akkadian-Old Babylonian area (Sargon I, Naram-Sin). As the BAB-CHOME the invisible "dark sun" is considered to be the source of power for the super-deity "ILU" on this side, directly connected to the god-power acting from the hereafter, which - partly - by the gods and goddesses, especially Anu, Enlil, Ea, Ischtar and Marduk can be used. The close relationship of this world of gods with that of Edda has been proven, although so far without a definitive explanation for this Mesapotamian-Germanic commonality.
One of the best-known and most beautiful depictions of the "Black Sun", which is placed next to the "Sun of the Day", is on the large Naram-Sin stele kept in the Louvre in Paris. The myth about the "Black Sun" spread from southern Babylon to Assyria, Persia, Phenicia, Carthage and Egypt. Emperor Friedrich II brought an Assyrian amulet with the "Black Sun" to Europe; and this is their first tangible appearance in Europe (which, however, does not say anything about whether the "Black Sun" belief may have been at home in earlier Germanic times (see Mesopotamian-Germanic commonality).