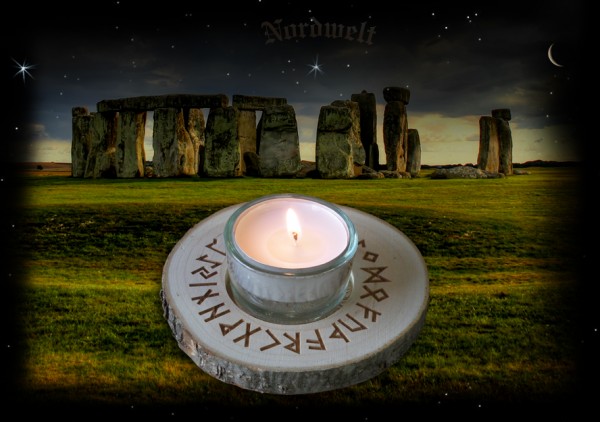 Tealight holder made of alder wood with branded runes

Tealight holder made of alder wood with branded 24 Futhark.
Futhark or Fuþark is the name given to the common Germanic rune series. The 24 Futhark was used by all Germanic tribes and is therefore also referred to as the older common Germanic rune series.
The 24 runes are divided into three rows or genders, the so-called "Ættir (Aettir)" of 8 runes. The numbers 3 and 8 had their own “mystical” meaning.
Each rune has its own meaning and is assigned to a Germanic deity - and named after it.

How Odin found the runes
According to tradition, Odin hangs himself on his own spear in the world tree Yggdrasil for days and nine nights. Wounded by the spear, the runes appear to Odin during this self-sacrifice and he thereby acquired the all-encompassing knowledge of these runes.

The alder, a tree more than 3000 years old and its significance in mysticism:

The alder also stands for the protective and life-giving:

the alder also translated by Eller and Else:

Scope of delivery: A log disc with burned runes, a tealight glass and a tealight.

Price per tea holder.
Each tealight holder is unique.

Sold without the decoration shown here.