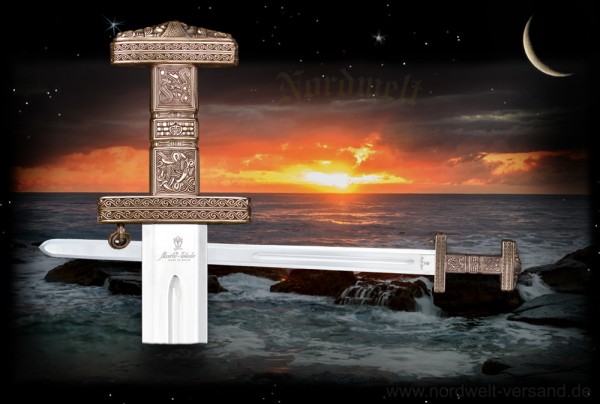 Snartemo sword from the time of the 5th century

The sword was found in a grave by accident during the development of new farmland in the autumn of 1933. The tomb was located under a large stone slab in a cavity that was dated to the early 6th century. Other grave goods a gold ring and a drinking glass, the tomb could be assigned to the time of the migrations. The sword was named after the place of discovery “Snartemo”, in the Snartemo district of Hægebostad in Norway.
The original sword also featured a wooden sheath lined with fur and the remnants of a swastika-patterned ribbon that probably served as a sword hanger.
The handle of the original sword is decorated with golden tendril ornaments, human figures, fantasy creatures and animal heads.

The sword was most likely around 500 AD. Made in Scandinavia and is not considered a typical ring sword, but rather, due to its different characteristics, is assigned to a previous period. The pommel of the sword is not pyramid-shaped, but boat-shaped. In addition, the ring is located on the crossguard and not on the pommel as usual with ring swords.
The small ring on the crossguard is also called a swearing ring by some weapon historians.

This very finely worked sword has a slightly sharpened, regrindable 440 steel blade. The hardened steel blade is provided with a channel and screwed to the end of the handle. The original of this sword is in the state museum in Oslo.

Decorative sword, not suitable for exhibition fight!
Price is for a sword without a scabbard!
Proof of age is essential! 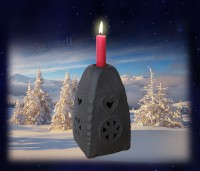 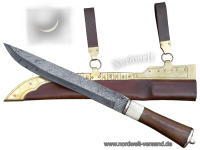 Wikingersax is oriented according to the find...
€198.00 *
Details ansehen 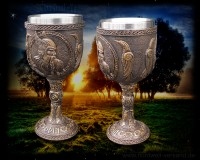 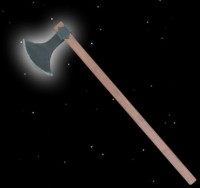 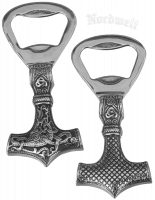 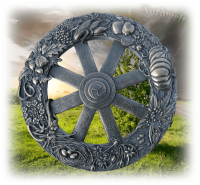 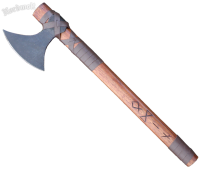 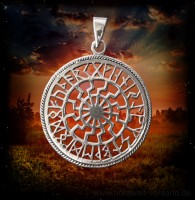 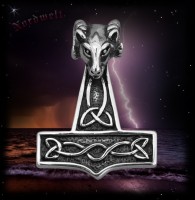 Thorhammer with ram head, made of stainless...
€14.80 *
Details ansehen 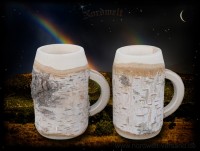 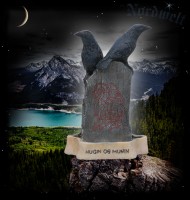 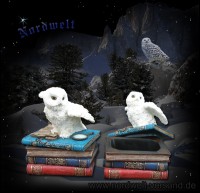 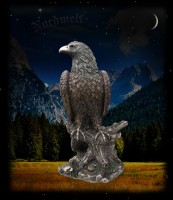