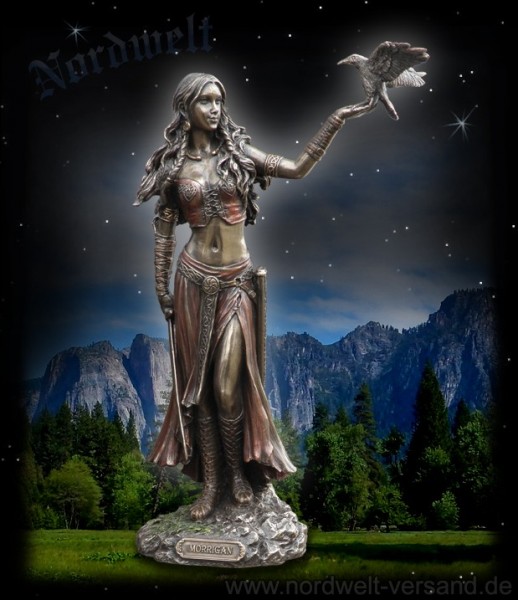 In addition to the goddess of war, she is also earth goddess, fertility goddess, mistress of animals, lovers, and queen of witches.
As a triad goddess she appears in a triune form: as a young girl, mother and as an old old woman. As a goddess of destiny, she thus symbolizes that being, being and passing away!
According to legend, Morrigan raged on the battlefields and predicted death in battle. Your totem animal is the crow. In its appearance, it also has a lot in common with the Germanic Valkyries.
Made and cast from polyresin (artificial stone). The figure is fully poured out, not hollow and covered with real bronze.