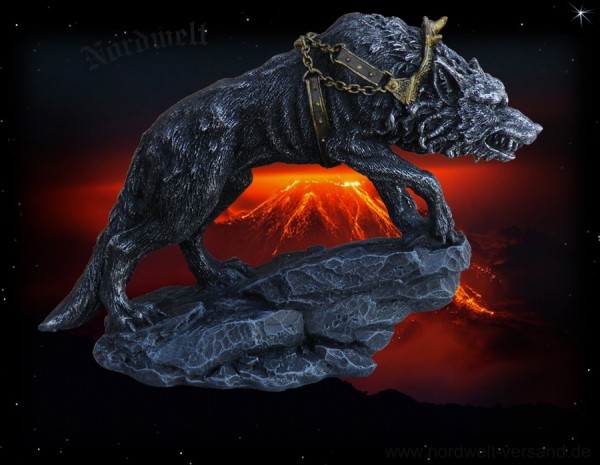 Fenriswolf in chains, figure / statue made of artificial stone (polyresin)

The Fenris wolf (Fenrir, Fenris, Fenrisúlfr) is the first child of the god Loki in Nordic mythology.

The Fenris wolf tied up by the god of the circle Tyr is shown here. The more the Fenris tore at the ankle, the closer it contracted. The wolf remained tied up, but then bit off Tyr's right hand, which he had put into the mouth of the Fenriswolf. This saved the world of the gods through the god Tyr, who was known both as the god of war and that of the Thing congregation.
Made and cast from polyresin (artificial stone).