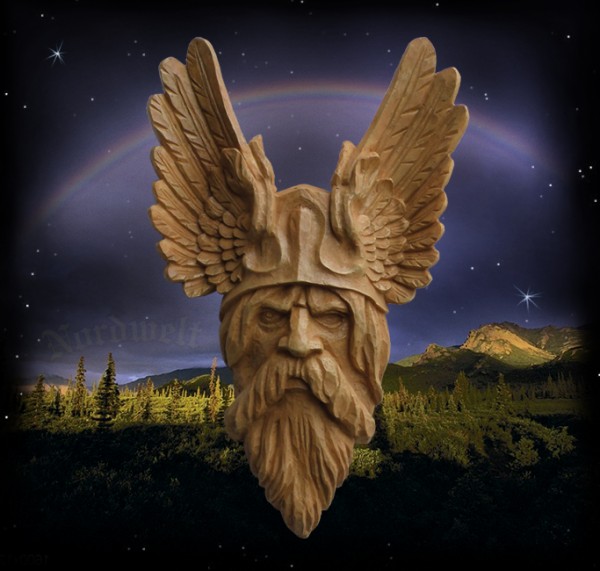 Wall relief "Odin's head" in wood look, made of polyresin